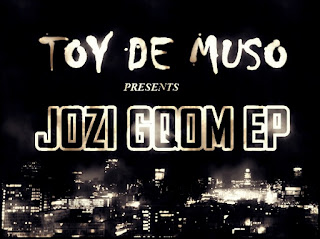 Jozi Gqom Ep is presented by Toy De Muso, inspiration from Jozi Gqom.
Jozi Gqom is the definition of Toy De Muso style of Gqom which kept people dancing since the year 2017 around the months of October/November.
Jozi Gqom EP consists of 4 track by Toy De Muso with other artist from the community of Tsakane and still yet to feature as many artists as possible.
The first Jozi Gqom track to be released was Ama100 ft Tucker JHB is being shared for free on Audiomack and Live.Fakaza.

This blog is mainly to keep you updated with work or events related to Toy De Muso such as New release, Gigs, Life Events and of course the journey of music.